Photos from the Tour

We travelled by train from Hannover to Prague, changing train at Dresden.

We spent the night  in Prague at camspite at Orthodocks Yacht Club. This is not particularly wonderful campsite but there is a very convenient litlle ferry that takes you to to the east bank of the river close to the centre of the city.

We found a campite called Autokemp Roviště II but this was not open, apparently it had just been refurbished. The web site show the campsite at the time it closed in 2014: http://www.camproviste.cz. The restaurant was open and as it was raining we spent a couple of hours enjoying some fried cheese and french fries with a few beers. Eventually we had to leave when they closed the restaurant. We were given directions to another campsite but as it was dark and damp we did not want to go there and found an empty house hidden nearyby and spent the night there.

Písek is very attractive old town in the South Bohemian region. One of the highlights is the oldest bridge in the Czech Republic.

We stayed the night at a small hotel in the old town called the White Rose Bílá růže. Very friendly and helpful young man at reception.

Excellent Czech food at the Plzeňská restaurace U Reinerů. The service was a bit unfriendly but the food and beer were excellent.

The route takes us clods to the Temelin Nuclear Power Plant.

Nice lunch at the Pension Vltavan in Pukarac which is on the banks of the river Vitava.

We went to the tourist information to ask about accommodation. The were not very efficitient but evenually found a somewhere to stay in a pension call Life is Dream which turned out to be a pud / restaurant with a couple of rooms. Very interesting decor but quite expensive with hotel prices.

North of Budweis we pass the State Chateau of Hluboká .

The route takes in part of the Greenway selského baroka with its colourful folk or peasant baroque houses and farms. Zálší was one of the highlights of the tour being totally unique. 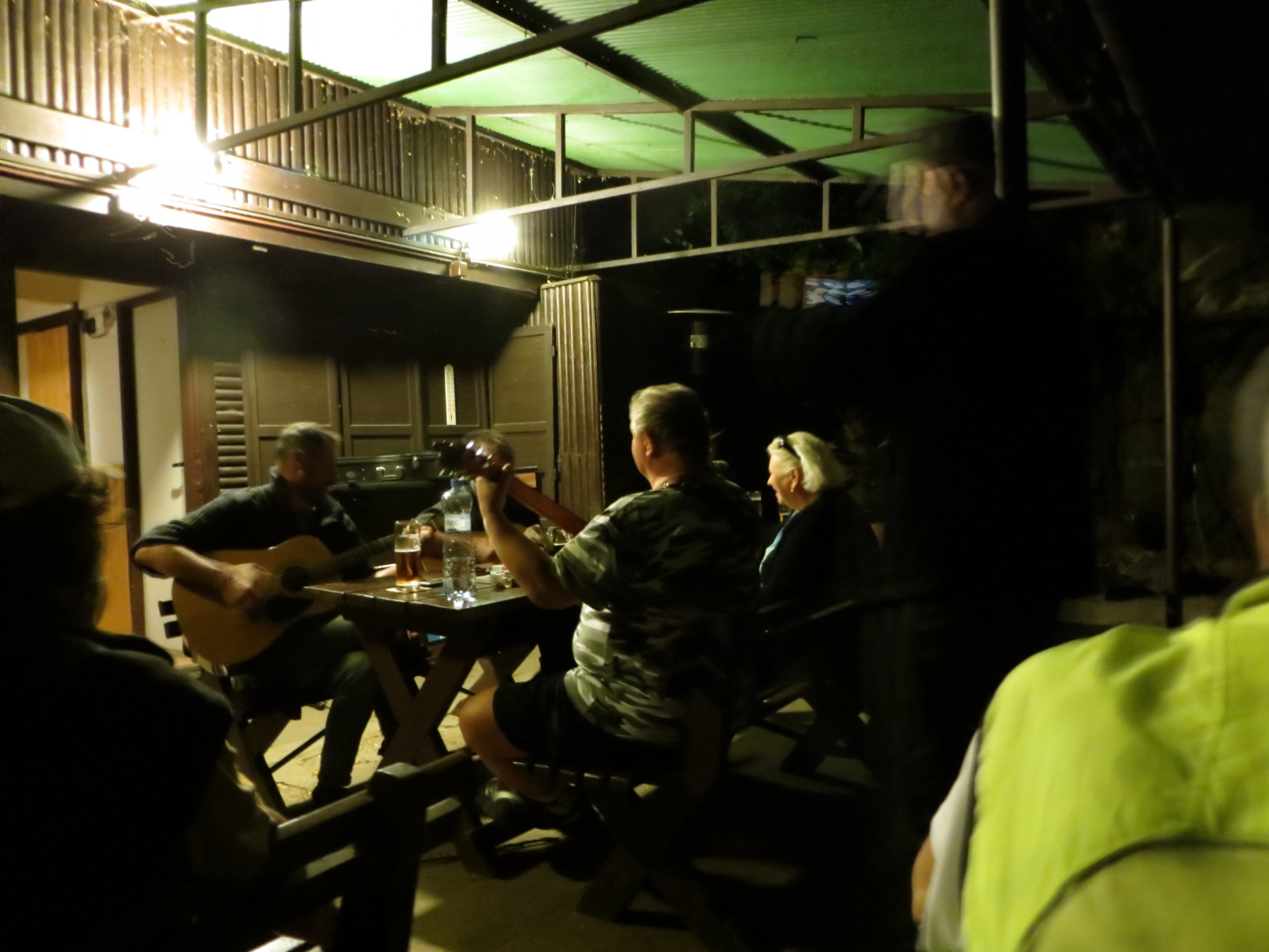 Tábor is another very interesting Bohemoan town with  the old centre situated on the top of a steep hill.

We found somewhere to camp down by the river. Basically a level area of grass close to  a rustic pub where we can use the facilitiies.

It rains duirng the night and we have to pack our damp tents in the moring before having breakfast in the shelter of the restaurant. Leaving the campsite the path taken along the river for a while.

Lunch break in Sedlec-Prčice.  We stopped at this cafe which seemed to be very popular with cyclists and bikers.

Late afternoon we reack Neveklov and decide this is a far a we want to travel for the day. It is small town and does not seem to have any hotels for campsites. Shari asks at a cafe in the main square and is teld there is one house with a room to let. The cafe owner phones ahead for us.

The room is in TJ Sokol Neveklov . This is large, newly rennovted building that seem to he a sport centre. Our room is not ready when we arrive but there is a good area where we can hang out the tents to dry. We have single room with four beds.

There seems to be only one propare restaurant in the town and we head there back to the main square - Restaurace a Café bar Neveklov. Our waitress speaks excellent English but tells us all the tables outside are reserved! This is a big place and we have a good table and the food is excellent and brilliant value for money.

Despite sleeing four to a room we all have a good nights rest.

We prepare our own breakfast outside before setting off early for carry on north with the aim of reaching Prague.

We spent the night  in a camspite called Caravan Camping. This is a clean tidy campsite but our stay was spoiled after Cord had his wallet stolen from the bag in his tent when he went to visit the loo. This was a bit shocking and the same person tried opening Shari's tent but stopped when they noticed he was still in the tent.